Below is the raw frequency response for 1159's horn loaded tweeter.

Below is the electrical schematic for the 1159's passive high pass crossover. (L-pad omitted)

What should be a 5kHz theoretical crossover point is actually 1.5kHz!  Typically a 1st order crossover is not advisable due to limited power handling capacity near the crossover region.  However we shall see that this is not the case due to the horn's increased sensitivity providing a full 9dB more headroom.

For testing purposes I used my MiniDSP to setup 1159 in an active configuration.  I replicated the passive crossover slope to achieved similar response curves.

I was then able to get the following measured response with the MiniDSP without using any PEQ or delay.

I then conducted distortion sweeps by incrementally increasing output until distortion started to spike.  I decided to directly compare 1159 with my non-horn loaded test baffle which had a 1.5kHz 24dB/LR filter while the 1159 baffle used a 6dB/BW filter as mentioned earlier.

Click HERE for a PDF of the data presented below. 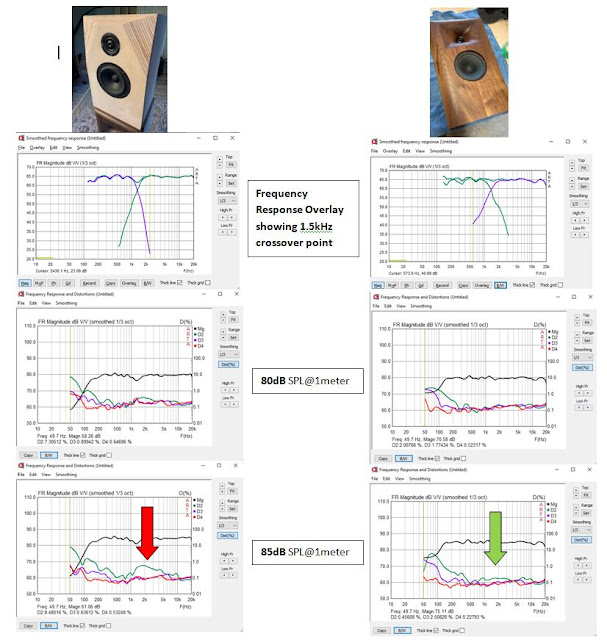 Click HERE for the PDF of the data presented below. 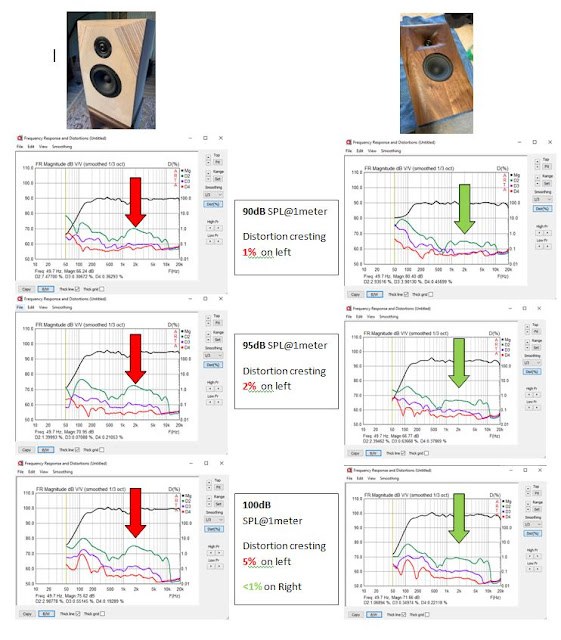 By 100dB the non-horn loaded baffle was exhibiting 5% distortion at the crossover point while 1159 remained below 1%.

Click HERE for the PDF version of the data presented below. 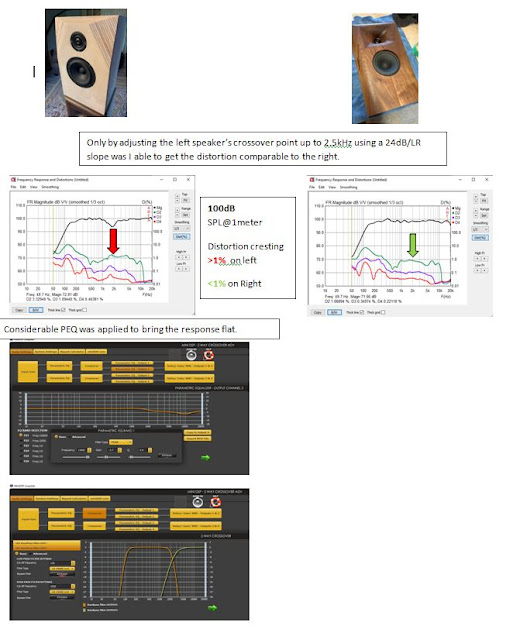 Below is a comparison between the measured phase response of the two crossover topologies.  Please note the green line is not correct in the below graphs since the gating was centered at the peak of the initial impulse response which is required to achieve the correct phase response sweep.

I was able to show that the 1159 speaker is able to accommodate a very simple first order filter by showing that it is capable of achieving 100dB SPL@1meter while remaining below 1% distortion.  If we use 0.50% as a distortion threshold limit then the speakers would be capable of the following SPL output...

Maximum SPL of each Speaker